Skip to content
ShareTweet
Spread the Love & Charm just you've felt with us :)

Brazil hoping to roll out Coronavac vaccine in December

Trump campaign adviser on resurgence of MAGA rallies, they will be ‘suitably safe’ despite COVID-19 concerns 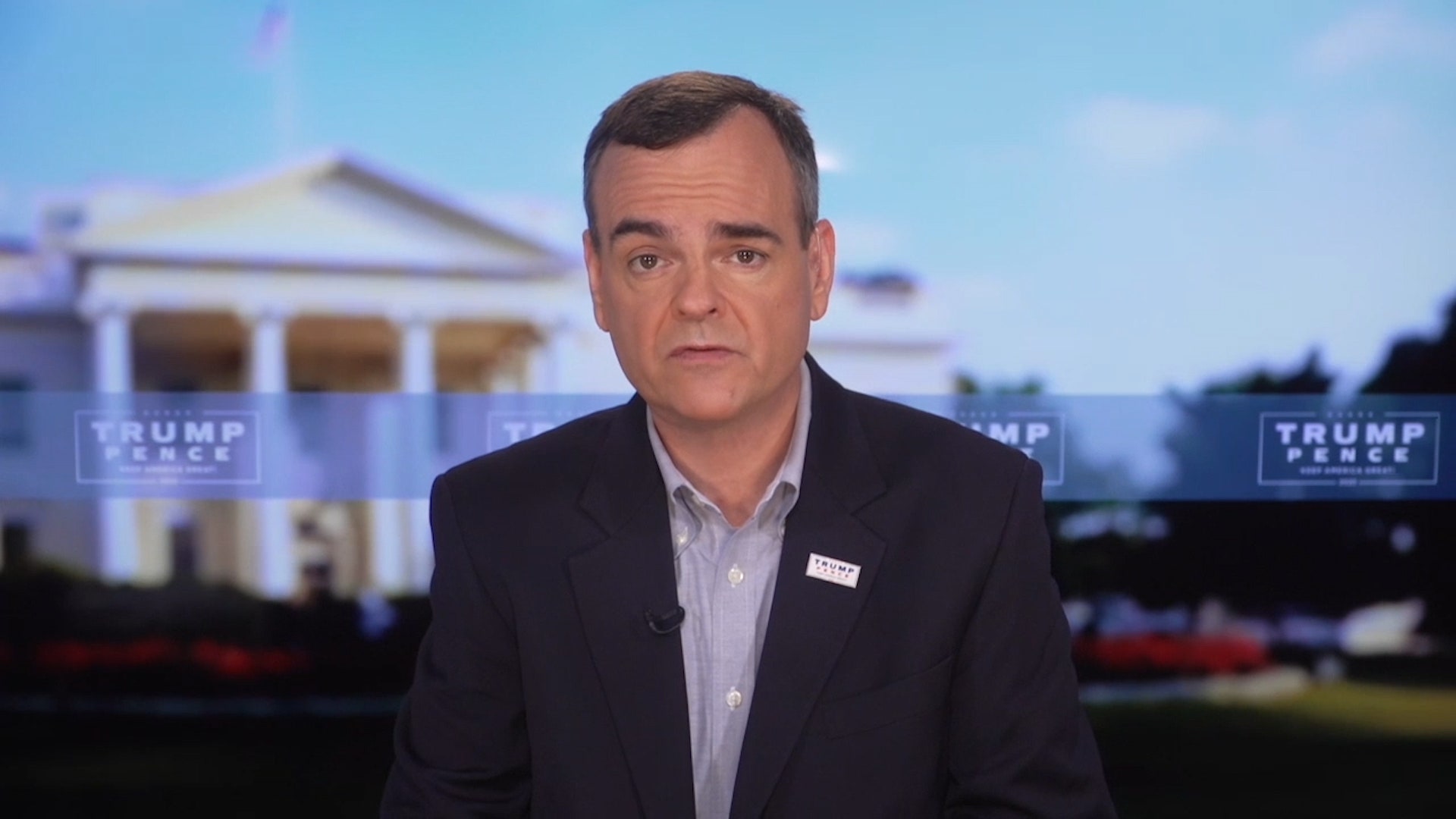 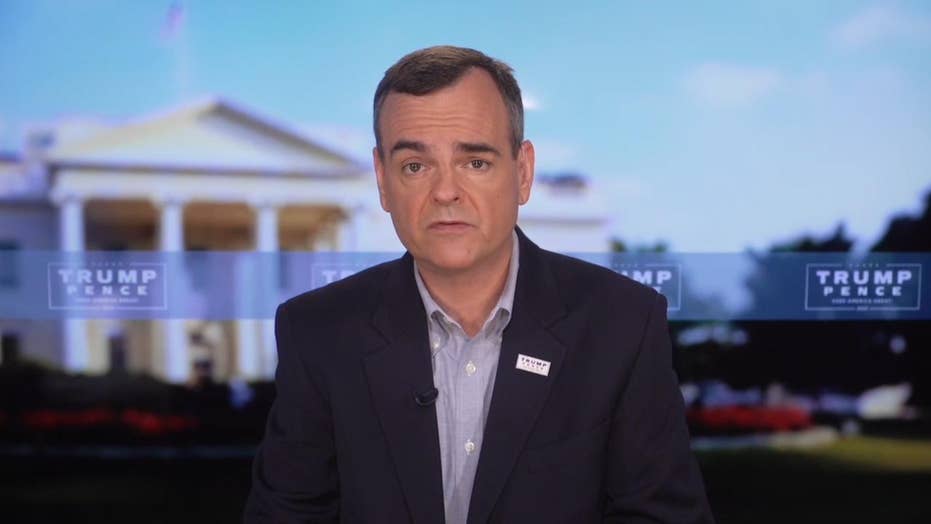 Large-scale election year campaign rallies have not taken place since early March, when the coronavirus was just beginning to wreak havoc across the country. President Trump‘s 2020 reelection campaign is hoping to change that.

The campaign says that it plans on holding the first of the rallies before the end of this month, opening the door to thousands of the president’s supporters congregating in the same space even as some regions see a spike in coronavirus cases.

In an meeting with African-American leaders at the White House today, the president announced the states that will play host to his reelection rallies this summer starting with Tulsa, Okla., on June 19. Trump then said more rallies will be held in Texas, Arizona, North Carolina and Florida.

“We know the president is very eager to get back out and begin to hold these rallies again and it will show the excitement in his campaign,” Tim Murtaugh, Trump 2020 communications director, told Fox News.

With less than five months till election day, the president wants to put the pandemic behind his administration and project a sense of restored normalcy as the summer wears on. Holding rallies is one way he will do that, amplifying the message that America is reopen again with the hopes of a swift economic recovery.

Murtaugh offered few details on what the health and safety procedures will be for any attendees when he spoke to Fox News Digital, noting they’re contingent on the venues and states in which they’ll be held.

A core of Trump’s voting base are senior citizens who usually come out in droves to see Trump speak, but they’re also in the high-risk age group to contract COVID-19. Murtaugh says whether the rallies are held indoors or outdoors, they should be “suitably safe.” No announcement has been made if rally-goers will be required to wear masks or if they will have their temperatures checked at the door.

“The CDC guidelines are still in place whether you’re going to a rally or to a supermarket, people who have underlying conditions are advised to be very careful,” said Murtaugh.

Trump’s campaign and the GOP have received pushback from other officials on another potential mass gathering event: the Republican National Convention (RNC). It will no longer be held in Charlotte, N.C., after the state’s Democratic governor, Roy Cooper, said a “full-scale” event was not going to work under the strain of virus health concerns.

The RNC has been conducting other site visits in recent weeks to find a new venue, Murtaugh said. Jacksonville, Fla., was floated as a possible “strong contender.”

RNC Chair Ronna McDaniel told radio host Hugh Hewitt that Jacksonville was in “the frontrunning position” to host the event, but shes also said reports a location had been chosen were “premature.”

Other cities being considered to host the event include Savannah, Ga., Nashville, Tenn., and Phoenix, Ariz. RNC officials are making a site visit to Dallas tomorrow as well.

“It’s still under consideration, I’m told people are still making site visits so I think it’s very premature to declare that one site has been chosen over another. … My understanding is that determination has not yet been made and I think those reports should be considered premature,” says Murtaugh.

THE LATEST FROM FOX NEWS ON THE 2020 PRESIDENTIAL CAMPAIGN

Murtaugh did acknowledge that some party delegate business will still take place in Charlotte, but the celebration people usually get to see will be in another state.

“What we do know is that the convention and what people think of when they see a convention on television will not be occurring in Charlotte,” he said. “We know that Governor Roy Cooper doesn’t care to have the influx of tens of millions of dollars spent in economic activity in his state.”

Andrew Craft is a video journalist and digital reporter for Fox News in New York. Follow him on Twitter: @AndrewCraft

Full/More Story at Source
Trump campaign adviser on resurgence of MAGA rallies, they will be ‘suitably safe’ despite COVID-19 concerns

The voter turnout rate is a mathematical expression that indicates how many eligible voters participated in an election. A variety of factors can factor into calculations of voter turnout. For the purposes of this article, voter turnout rates are expressed as follows:

The line graphs and tables below present more detailed information on voter turnout rates in the United States from 2002 to 2018.

See the tables below for information on voter turnout rates by state and by year. For tables whose contents are hidden, click “[show]” on the righthand side of the table header.

Click “[Show more]” below to see a sampling of historical news articles and studies dealing with the topic of voter turnout in the United States.

The link below is to the most recent stories in a Google news search for the terms Voter turnout United States. These results are automatically generated from Google. Ballotpedia does not curate or endorse these articles.

More States Are Moving To Mail-In Voting Amid The COVID-19 Crisis. How Secure Is It? | NBC News 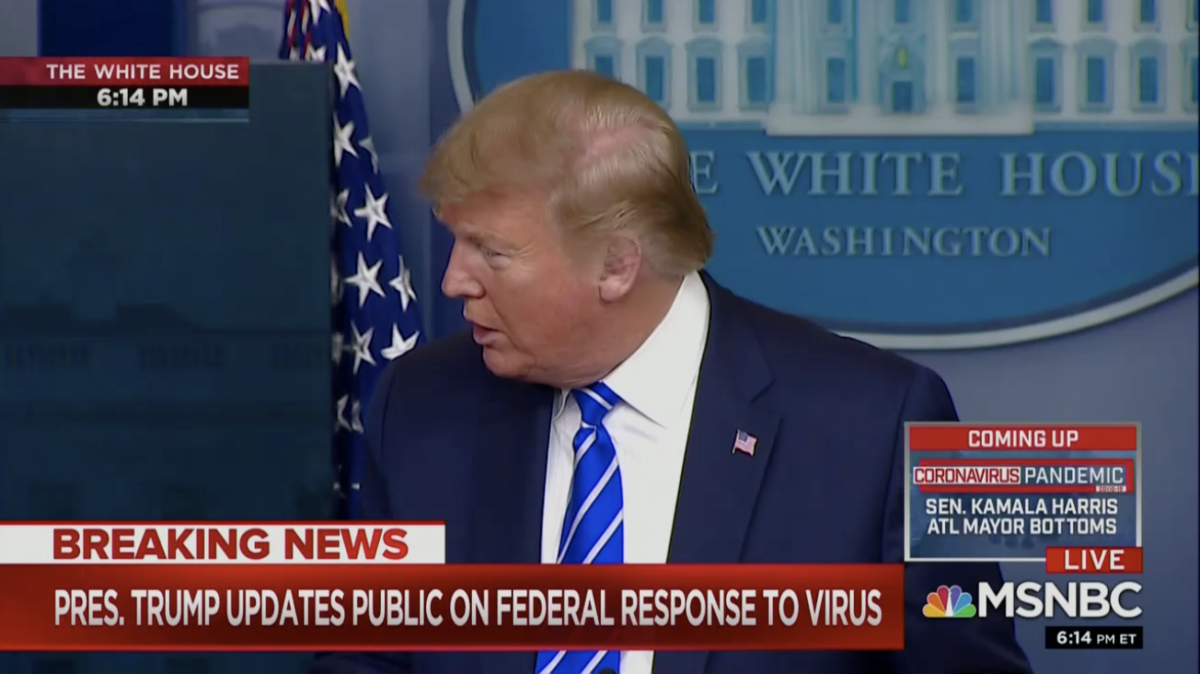 Following President Donald Trump touting possible research into “injecting” people with disinfectant at the coronavirus presser Thursday, Twitter users tore into the president over the completely unfounded and potentially harmful information he was spreading to the American people.

“I think you said you’re going test that too. Sounds interesting,” Trump claimed.

“And then I see the disinfectant where it knocks it out in a minute. One minute,” he continued. “And is there a way we can do something like that by injection inside or almost a cleaning. Because you see it gets in the lungs, and it does a tremendous number on the lungs.”

Injecting bleach, or any other surface cleaning agent, into the body is not safe and not medically efficacious.

As such, online critics ripped into the president over his pontification from the podium:

Watch above, via MSNBC.

Have a tip we should know? [email protected]

With over 40 million Americans out of work, a global pandemic and widespread civil unrest, the role of technology in shaping our society and its future is of the utmost importance. Brad Smith, Microsoft president and co-author of the bestseller, “Tools and Weapons: The Promise and the Peril of the Digital Age,” joins Washington Post columnist David Ignatius to discuss how we can harness innovation to promote inclusive economic recovery, stop the spread of disease and support social justice. Join Washington Post Live on Thursday, June 11 at 12:15 p.m. ET. Washington Post Live is the newsroom’s live journalism platform, featuring interviews with top-level government officials, business leaders, cultural influencers and emerging voices on the most pressing issues driving the news cycle nationally and across the globe. From one-on-one, newsmaker interviews to in-depth multi-segment programs, Washington Post Live brings The Post’s newsroom to life on stage. SPECIAL OFFER: To thank you for your support, here’s a deal on a Washington Post digital subscription: $29 for one year http://washingtonpost.com/youtubeoffer. Subscribe to The Washington Post on YouTube: https://wapo.st/2QOdcqK Follow us: Twitter: https://twitter.com/washingtonpost Instagram: https://www.instagram.com/washingtonpost/ Facebook: https://www.facebook.com/washingtonpost/

Trump Refuses To Rename Military Bases: History ‘Will Not Be Tampered With’ | NBC News NOW

You may add your Story ;

How to Post on MCB ?
No SignUp,
Just LogIn with our open credentials:

Pick any one to Publish:

*please keep in mind your post/page is always editable by the open online profile: WerMCBzen.

MCB is an Open Online Platform with a unique, one & only Open Online Profile – ‘WerMCBzen(wermcbzen)’ where you Possess the Power to Edit/Add/Improve any post or anybody’s content, but you should keep in mind, that Power always comes with some sort of responsibilities. So please be responsible by yourself to your Power.  It is made with Love for Lovable & Sensible People Only.

Edit: You're Empowered for Excellence !